The Geopark Project started being developed in 2004 by two associations and a local council from two municipalities in the territory, supported by País Románico local action group. This bottom-up project has kept growing and developing in the same way. Las Loras Geological Reserve Association – Argeol – was created in 2006, with the aim of giving the Project legal support and leadership. A large number of local associations are represented by Argeol (Villaescusa de las Torre Local Council, Amigos de Revilla de Pomar Association, ACETRE Association, ADEMPA Association, CLIC Association, Burgos Geoscientific Association, ACECMAPA-Espacio Tangente Association, ADECO Camino de Santiago Local Development Group, País Románico Association, Heritage Interpretation Association). Argeol has been responsible for the Project development and all the activities which have been carried out over the years. This entity is formed by a multidisciplinary technical team of geologists, biologists and rural development and tourism technicians, responsible for planning the yearly programme, developing the necessary equipment and carrying out the activities. Argeol headed Las Loras application for becoming a member of the Geoparks Network.

Synergies and collaborations from local, provincial and regional entities and also from private entities and enterprises were sought in order to reinforce the management organisation and social participation and to ensure budgetary stability and maximum institutional support:

There are several commissions: 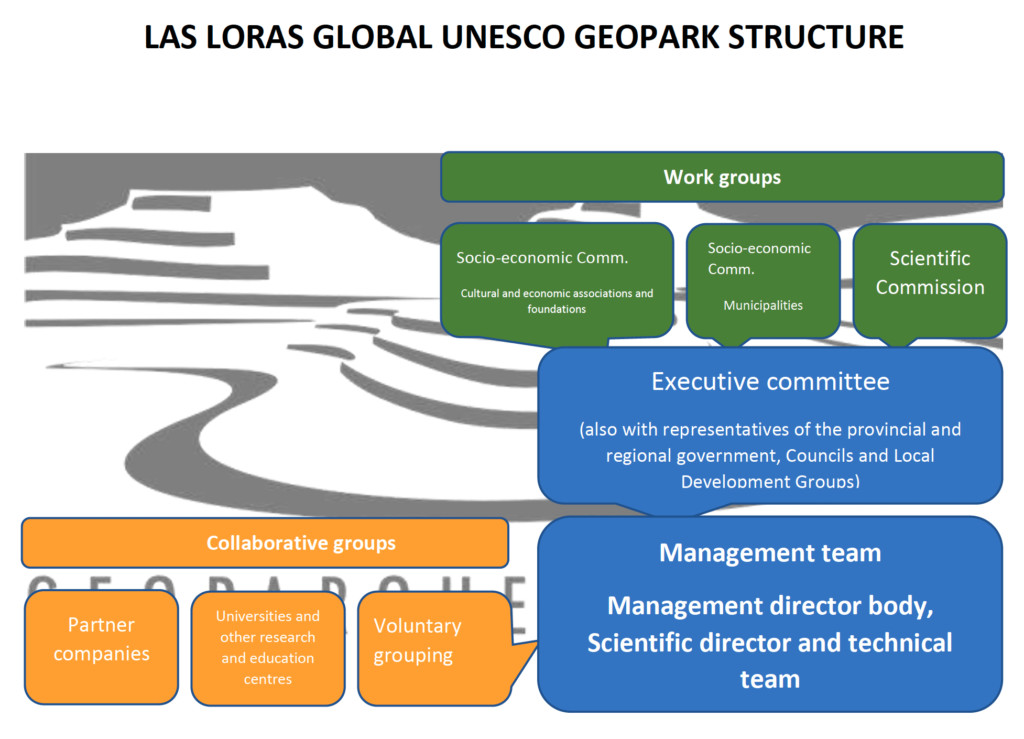 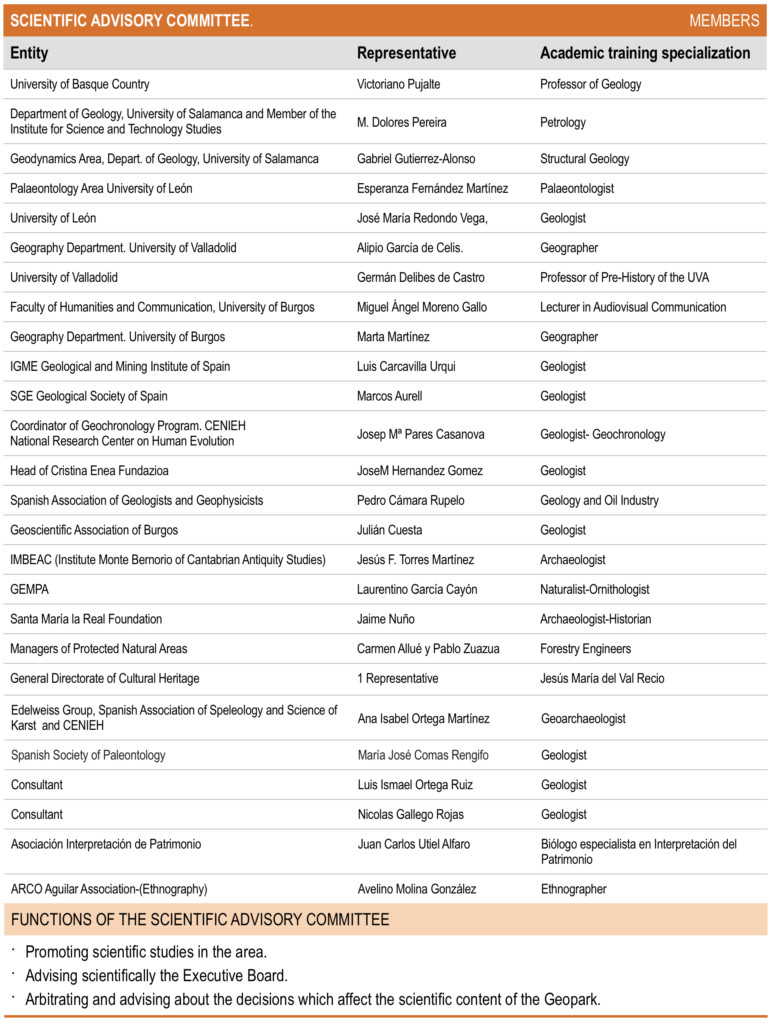 Formed by a team of researchers linked to the territory of the Geopark, mostly geologists. A large part of this team was formed in 2004 in the expert consultation session held in Revilla de Pomar. Later, new researchers have been incorporated. It is directed by the Scientific Coordinator, who will be the representative of this Committee in the Executive Commission. 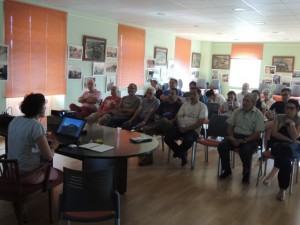